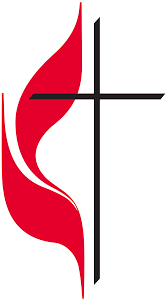 Percy Elton Rogerson was born on April 1, 1933, in Hertford, NC, to the late Percy Andrew Rogerson and Celia Madge Stallings. Percy attended East Carolina University and participated in the ROTC Air Force, ultimately finding a lifetime career in the U.S. Weather Service. He started his career as a Meteorologist and went on to work in this field until retiring as a lead forecaster. He and his family ultimately ended up in South Carolina but continue to consider North Carolina "home". Percy married Lannie Rogerson in Thanksgiving Baptist Church in 1956. The couple had two children, Lynne Rogerson and Dale Elton Rogerson. This family was very much the love and the light of his life. Percy loved to make people laugh and smile and was often quick-witted. He was also passionate about building and flying model planes, collecting and crafting them any chance he could get. He loved to help people succeed, and in conjunction with his passion for planes, helped others learn to fly, which was one of his lifetime dreams. Percy will be remembered for his capable hands and unwavering mentality. He was unable to put a project down without having completed and fixed it to the best of his capabilities. His understated reactions to life showed his dependability and love to those who knew him best, and when he said that he was "getting concerned" about the weather, it was time to spring into action. Percy also served in the Air Force and retired from the Air Force Reserves as a Captain.

Percy is survived by his wife, Lannie Rogerson, his son, Dale Elton Rogerson, his daughter, Lynne Rogerson, and his grandchildren, Charlotte, Audrey, Marcella, Connor, and Ian.

Along with his parents, Percy is also preceded in death by his brother, Andrew Stallings Rogerson.

To send flowers to the family or plant a tree in memory of Percy Rogerson, please visit our floral store.