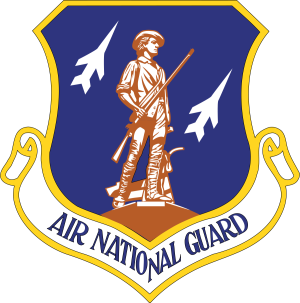 James was born on June 5, 1939, in Muskegon, Michigan, to the late James Louis McNiff and Elsa Krautheim McNiff. While growing up, his grandfather, Edward Krautheim, introduced Jim to sailing, a passion that would last him a lifetime. He attended North Muskegon High School, and upon graduating, he attended Muskegon Community College, where he credits his solid foundation for later attending Michigan State University. Jim graduated from MSU School of Business with a degree in Production Administration. While attending MSU, he continued his love for sailing and was Vice Commodore of the sailing team.

Following graduation, he accepted a job with Armstrong World Industries as a planner in Fulton, NY. He was promoted planning manager of Armstrong’s carpet plant in Marietta, PA in 1969. He was later transferred to their Evans and Black carpet subsidiary in Dallas, TX. In 1980, he was employed by the JP Stevens Company as Vice-President of Materials Management in Aberdeen, NC. While in Moore County, he became involved in community activities, serving as Chairman of the Moore County Board of Equalization and Review, Chairman of the Southern Pines Appearance Committee, and the Historical Board. Jim was a Sandhills Kiwanian for many years. He served as the Club President and Treasurer. Jim was Chairman of the Carolinas District State convention in 1990 when they were awarded the Kiwanis International Club of the year for charitable giving. He also served on the boards of the Sandhills Children's Center and the Sunrise Theater. In 1995 Jim moved to Dalton, GA as Director of Materials Management for Queen Carpet, and following a merger, retired from Shaw Industries in 2001.

After retirement, Jim and his wife Nancy, returned to Moore County. Jim resumed his involvement in civic activities and added a new hobby of model railroading and joined the Sandhills Model Railroad Club, located in the Aberdeen Depot, and serving many years as secretary and treasurer. Being the natural designer that he was, he helped in the building of the train layout in the Aberdeen Depot, as well as building a diorama of the town of Southern Pines, which is located in the First Bank Lobby, and a model of his home town of Muskegon, MI in his Southern Pines home. Jim proudly served in the US Air Force-Air National Guard from 1962 to 1968. In 1962 he married his beloved wife, Nancy Brouwers. He was a member of Brownson Memorial Presbyterian Church. Jim was also a member of the A.P.I.C.S. (American Production & Inventory Control Society), where he served as President of the Central New York Chapter as well as a lifetime member of L.E.A.B.S. (Lancaster Epicurean and Bacchian Society).

He is survived by his wife of 58 years, Nancy Brouwers McNiff; two sons, James K. McNiff, Jr. and his wife, Allyson of Rocky Mount and Thomas Edward McNiff and his wife, Linda of Cartersville, GA; his brother, William McNiff, III and his wife, Kay of Edwardsburg, MI; his sister, Linda Brook McNiff of Reno, NV, and Maryanne Patterson of Homosassa, FL. Jim, who loved to be called “Grandpa Mac” is also survived by his five grandchildren, Clay, John, Laura Wynn, and her husband, Tanner, Peter, and Ann Marie.

A memorial service will be held at 11:00 am on Saturday, August 22, 2020, at the Weymouth Center, 555 E. Connecticut Ave, Southern Pines, NC with the Reverend John Hage officiating.

Following the memorial service, Jim will be laid to rest where his first passion began…at sea.

Memorials may be made to The Arc of Moore County, PO Box 773 Southern Pines, NC 28388, and/or to the Brownson Memorial Presbyterian Church Music Department 330 S. May St., Southern Pines NC 28387.

To send flowers to the family or plant a tree in memory of James Krautheim McNiff, Sr., please visit our floral store.